Hello to 2019! Check out my first blog post of the year here. I feel good things coming soon.

Comicpalooza: George R. Brown Convention Center, Houston, TX. May 10th-12th. I will be at booth #3240 the whole weekend. I don’t know the panel schedule yet, but will post any panels I’m on as soon as I have it.

Join Copperfield’s as we celebrate their 5th anniversary with our third annual local author fair! Nearly 25 local artists and authors of adult, young adult and children’s fiction, as well as non-fiction inspirational and spiritual authors will be on hand to meet and greet and share their latest works. Stop in and support the local artist and author community, and enjoy free refreshments, giveaways, raffle prizes and more!

Additional appearances may be added later. If there’s an event you would like to meet me at, please shoot me an email: ms_missyjane@yahoo.com.

Thanksgiving is right around the corner and then we’re on to Christmas. Are you ready for the New Year? I’m ready to start fresh and new and hopefully with a schedule that can include more writing. Very soon you will be able to find my Archangel books on the shelves at BookPeople in Austin, TX. Then I hope to have my fourth Archangel book available online early in 2018. The goal for my Gargoyle Masters is still May 2018 for three books.

For now, I’m giving all of my free time to my family. I hope all of you are able to do the same.

I don’t write enough blog posts, so I’ve decided to do a quick update. Easter weekend was awesome, I hope yours was too. We traveled to Denton to spend it with our college student, and explored Grapevine. It’s a neat little town that I highly recommend, especially if you like wine.

Next week my husband and I are taking our first cruise together, without the kids, to the Bahamas. I can’t wait! This is going to be the longest week of my life, especially at work. I expect to be impatient every minute of this week.

In a few weeks Comicpalooza will be happening here in Houston. If you’ve never been I highly recommend checking it out. It’s a weekend long convention of so much more than comic book artists and writers. I will be speaking on three different panels, but will not have a table in the sales area this year. I’ll post my schedule on Facebook as soon as I have it.

I hope all of you have an awesome week!

A hunted pirate captain. A reverend’s daughter determined to bring him down.

On a lush, secluded island, one passionate adventure leads to another….

Diana Fletcher means business. The beautiful, innocent, reverend’s daughter has traveled all the way to a tropical island off Madagascar on a mission: To find her brother—and to punish the man who drove him to a life of piracy. But when she comes face to face with the enemy in question, the handsome, powerfully seductive man is not at all what Diana expected…

Tristan Kent never intended to harm Diana’s brother. A man of humble origins, Tristan claims he tried to save him from another ruthless captain. Diana is desperate to believe he is telling the truth…and that the intoxicating desire that escalates between them is true as well. But can she trust him? Or is Tristan’s story—and his heart—nothing more than fool’s gold? Amid the haze of sensual delights and soaring ecstasy Tristan has in store for her, all will be revealed…

Tristan brushed his lips against hers, teasing, testing. Diana softened beneath him, proving what he needed to know.

Gently, he eased his tongue into her mouth. The world spun, her thrilling heat snatching his breath and thoughts. He explored her intimately, deepening his kiss. Her taste soon belonged to him, his to her. They were no longer separate. He hoped she’d suckle him and deliver pleasure.

She resisted briefly, then coaxed his tongue deeper into her mouth. Pleased beyond belief, he released her wrists, slid his hands over her palms, and laced their fingers.

She yielded fully. She smelled like an English spring, soft rain mixed with fragrant flowers. He didn’t finish their kiss until she smelled of him. Slowly, he withdrew his tongue, lifted his head, and struggled for breath. “Open your eyes.”

Arousal brightened them, her mouth still wet with him, lips slightly bruised from his impassioned kiss.

His spirits soared. “You desired that.”

As a clergyman’s daughter, she was a poor liar and would never fool him. “Then I’ll have to continue until you do.”

He kissed her, tenderly at first, then hard and greedy. She whimpered in what sounded like pleasure but held back, not giving herself fully. Finally, she tore her mouth free.

He pressed his lips to her neck. Her breath spilled out on a contented sigh, telling him what words never could. “I’ll not deliver you to Bishop. You belong to me.”

So unless you’ve been under a rock (or offline) the past couple of weeks, you know by now that I went to New Orleans recently for the Romantic Times Reader’s convention. It was five fun-filled days of books, cover models, books, drinking, books, swag, books, authors, books, readers, books, beads, and did I mention books?

One of the first authors I ran into was Jade Lee (aka Kathy Lyons) whom I absolutely LOVE! She makes every event unforgettable and is one of the nicest people I know.

Any time spent with Jade is guaranteed to be a good time.

One of the major events was a Mardi Gras ‘parade’. Authors stood on the floats in the warehouse where they’re stored as the crowd walked down the aisle between them. Throwing out beads was a awesome!

No trip to NOLA is complete without a pub crawl down Bourbon Street. There were ten bars being hosted by various publishers and most of them were handing out free drink vouchers. Yeah, I got a little (ahem) inebriated.

Directly after the pub crawl was Samhain Publishing’s Saints and Sinners party where I hosted a table as a drunk nun (oops!). It was a lot of fun meeting the ladies who joined me at my table. One of them traveled all the way from Thailand.

I didn’t take nearly as many food shots as usual because I kept forgetting to do it before digging in. This was the chicken served at Heather Graham’s Mrdi Gras Magic and Mayhem dinner and dance party.

Beignets abounded throughout the event, but cheesecake is always a good choice too.

There were lots of beautiful and creative costumes, including Heather herself on her very own dragon float.

One of the biggest draws for readers is the giant book signing. I was honored to be in a room full of so many talented people. Sitting next to Kelly Jamieson was a blast!
And last but most certainly not least, I got to meet some of my favorite authors:

And many others where I missed my photo op. Over all, it was a great time and I plan to attend again next year when it’s here in Texas. I hope y’all will join us in Dallas.

It’s here!! Lunchtime Sex is available starting today over at Ellora’s Cave Publishing. You can buy your copy here.

Blurb:
Passion and fun have been missing from Genie’s life for a long time. Most days she can only hope for a phone call from her college-age son. But that changes when a hot prospective resident walks into her leasing office and turns her world upside down. There’s only one thing holding her back from responding to his advances—his age. He’s only three years older than her son. She should resist…


Nick has just graduated college and hopes for a job in a larger city with more potential. What he doesn’t expect is to find an irresistible woman—who just happens to be the sexy mother of one of his college buddies. Resistance is futile, and he can only pray his friend doesn’t kill him once he finds out. When things heat up quickly with Genie, Nick discovers he must convince her he wants more than a bout of Lunchtime Sex.

Tomorrow I’ll be heading north to The Woodlands for a book festival! The weather promises to be gorgeous. So, if you’re in the area plan on stopping by for a bit. There will be many wonderful authors of various genres on hand to talk books and sign books!

Best of all, admission is FREE!!! 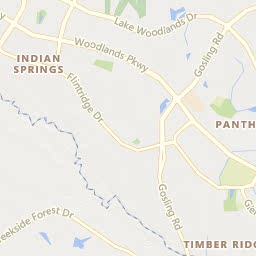 I know I haven’t been posting much and if you’ve missed me I apologize. To be honest I’ve just been exhausted from my schedule of getting the kids taken care of on a daily basis. Teen #1 has a job at the mall where she works late hours. I have to pick her up around midnight then wake at 5:30 for the daily routine. It’s very tiring.

I’ve also been writing and preparing for Christmas in our house. Lots of stuff to do. I hope each of you is successful in preparing for the end of the year, or end of civilization possibly. I hope you each also have very happy holidays if you celebrate them. I might not post again until after the New Year, so if I don’t have a Happy and safe New Year!

Want to know what's going on in my writing world as it happens? Don't worry, you'll most likely get less than one email per month, unless I'm able to start writing more. For now, this newsletter will be to alert you to new releases and upcoming appearances. Just click here and you're in!